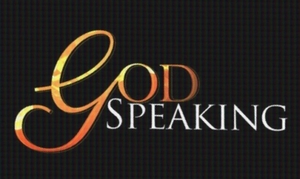 Sometime in the past there was an irritating commercial where a guy with a cell phone was going all over the place – boonies, woods, city, you name it. He would ask the person on the other end of his phone, “Can you hear me now?” The point was that this cellular provider supposedly had the best coverage everywhere.

I don’t know what that has to do with this post, but I liked the title in reference to hearing from God.

One time after teaching in a ladies’ meeting, God prompted me to have a prayer line. He doesn’t always do this, but this time He had some things to say to people. This church that I was ministering in wasn’t one where I knew the people intimately. There were also ladies there from other churches.

As I was going down the line praying for the women, I felt a prompting to go over to a woman and tell her something specific God spoke in my Spirit for her. I did not know her at all and she did not go to this particular church.

To say I was nervous about what I was to tell her is a huge understatement. He told me, “Go over to that woman and tell her I said, ‘He’s poison.'” That’s it. Nothing else.

No matter how many times you minister, it is never (at least to me) comfortable going up to a total stranger to say something super blunt like that. But, I did what I felt led to do.

I didn’t come right out and say what I had to say. At that time I was not as confident. I started with, “Are you involved with someone right now? ”

She gave me a strange look and said, “No, I’m not involved with anyone. I broke off with someone awhile back.” So I took her hands and gently said, “God said to tell you, ‘He’s poison.’ Does that mean anything to you?” She started crying and I relaxed. When those tears flow, I pretty much know I really heard from God for someone (smile).

The guy had been married {I don’t know if she knew} and he was the assistant pastor in her former church. After she broke it off with him, she left the church. He had just recently started calling her saying he’d left his wife, and wanting to get back together with her. She was confused and didn’t know what to do.

God had her answer, very clearly. God was warning her away from him in a very blunt way. He was poison for her.

Do you realize how clearly I had to hear from God for her? No, I didn’t hear an audible voice. God speaks to me sort of like in thoughts. The important thing is to know Him intimately enough to know He’s speaking to me.

How do you make sure you hear His voice clearly like I did for this woman (even with hesitation, I KNEW it was Him)? Spend time with Him – reading your Bible, listening to faith-based CDs and DVDs. YouTube, and read faith-based books.

You can know it is Him speaking to you as clearly as your know your mom’s voice on the other end of a telephone line. You spent time with your mom all your life so you know her voice. Ditto God – spend more time with Him and you will hear Him more clearly.

And yes, you can hear Him now!