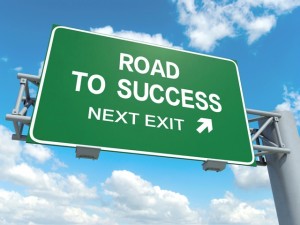 Is “tongues” something to be afraid of? NO, emphatically NO. Is is a powerful tool and weapon God has given us that has been very misunderstood.

I remember when my son was around 11, he had questions about “tongues”. As most Christians are aware, just the word “tongues” freaks some people out. There is this “woo-woo” feeling behind it, sometimes creating fear. And it is often mocked in the media.

It’s so simple. The word more correctly should have been translated “language” (not half as freaky); as in an unknown language. It is like if you are American and don’t know French, if someone spoke French in front of you, it would be unknown to you what they were saying.

Josh thought that God was going to take over his body or mouth and make him “speak in tongues” – spouting out weird sounds just any old time, anywhere. Nope.

I explained to him that the actual word “tongues” is someone’s translation of the original Greek of the New Testament word in the Bible. By saying the word “language” instead of “tongues” it is easier to understand. I actually don’t use the word “tongues” anymore.

The reason we need to follow Acts 2:4. “And they were all filled of the Holy Spirit, and began to speak in other languages, as the Spirit gave ability to them to speak.” (LITV) is simple:

It is a form of communication with God. You are praying perfect prayers to God, that He understands. You are not messing things up with wrong words or ideas. You are speaking His Language. It bypasses our enemy so he has no idea what we are praying about or for. He can’t get in and create havoc.

God gave us this new language to communicate with Him so He can help you be successful in this life. I always end my prayer time with, “And thank You for the interpretation, revelation, knowledge, and answers of what I just prayed!”

There are several scriptures relating to tongues as language. Dig them out and see all the benefits of using this tool God has given us.

1 thought on “What the Heck is Tongues??”