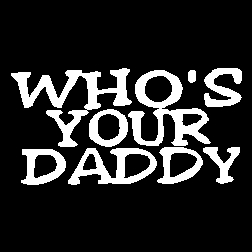 There is a word used in the King James Version of the Bible, Abba.  It means “father”. A study of this word leads to the meaning “daddy” – a more personal word than father. And like a little child who totally trusts his daddy to take care of him, we need to trust our Daddy as our source and know He will take care of us.

We are living in very exciting times. For those of us who trust in and obey our God – our Daddy – we are walking in some of the best times of our lives.

Many Christians fall into the latter category through fear. They are missing out on some of the very blessings God intended for us to walk in, especially during these times we are living in.

A few years ago, my son quit his job to come help me with my mom during the last months of her life. Without his help, it would have been very hard on me, and she eventually would have had to go to a nursing home.

When she died a little over a year later, we still had a bit of work for him to do getting her house ready to put on the market. But we knew the time was coming when he would have to go back out and find a job. And guess what the job market was doing. 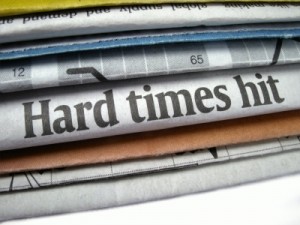 Yep, businesses were going under left and right according to the news headlines. People were being laid off in droves. Bad news was everywhere you looked.  But there was one thing we continually confessed in this house – “The rest of the world may be in a recession, but we are not participating.”  We made a choice to operate out of the Kingdom of God, not the world’s system.

We began confessing that Josh would find a job he liked with good pay. When he went to the Unemployment Agency he was told of a position that was available that had just come in. He put in his resume and while waiting, looked around for other options. We never quit confessing that God had a job for Josh.

One week passed by. Leland said, “Remember we had a holiday weekend (July 4th) so they probably didn’t pick up the applications or didn’t have time to look over them. They will call him this week for an interview.” So I added on to that, “And they will hire him on the spot.”

Glory to God! They did call Josh on a Thursday and asked if he could come in for an interview, not for the originally posted job, but for another one he seemed better qualified for (and yes, a better job). An hour later, they hired him on the spot.

Many things were put into play here.  One is that God is our source, not a job market. We trusted that God had a job for Joshua, not what is going on out there in the world.  Two, we aligned our mouths with God’s Word which says Jesus already overcame every obstacle that gets in our way, so that we can be victorious in every area of our life.

We did not speak what the world economy is doing, we spoke what God’s economy is.  Three, we spoke the desired outcome. And while we obeyed God and His Word, the number one reason Josh got a job so swiftly is because:

GOD LOVES HIM AND GOD IS GOOD, ALL THE TIME.

1 thought on “Who’s Your Daddy, Redux”